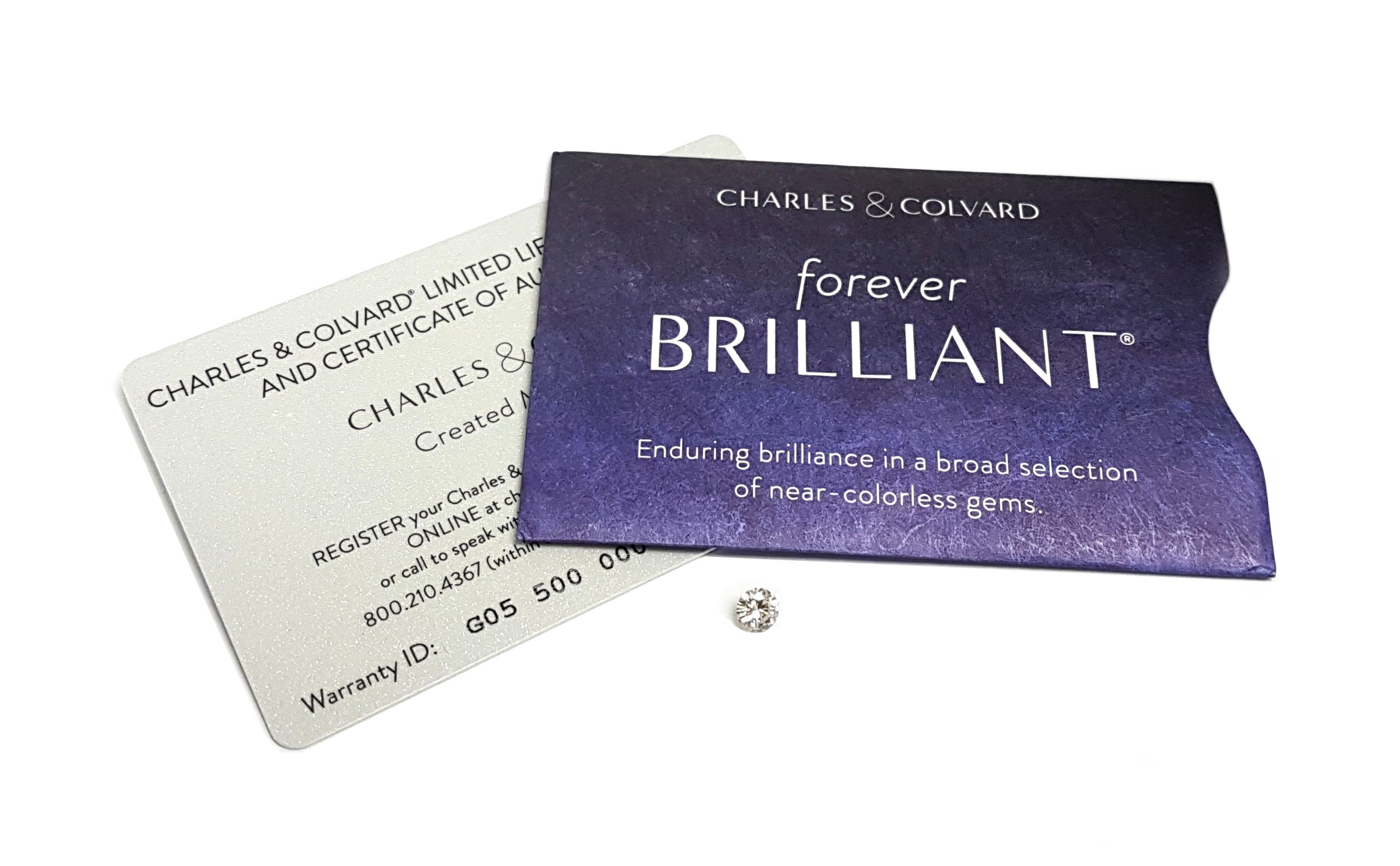 Moissanite is the name given to the mineral silicon carbide (SiC), discovered in nature by Henri Moissan in 1893. Although moissanite occurs naturally, it is too rare to be mined, and right from the start efforts were made by scientists to synthesize it in a lab.

The mineral’s optical properties and hardness reminds of a diamond’s, and the technology to create it has developed to the extent that today a layperson cannot easily tell the difference between a diamond and a moissanite just by looking at it.

As with anything that looks very much like something else, there is a risk that moissanite might be sold fraudulently as diamond. It does not help that many of the hand-held diamond testers used by jewellers may not pick up that a gem is a moissanite when tested. Selling moissanite as diamond is of course illegal, and consumers need to be wary of buying gems from unscrupulous dealers and at prices that are too good to be true. Also, never buy a diamond without a laboratory certificate.

Today, various jewellers legitimately market and sell moissanite not as a diamond simulant, but as a good alternative or substitute for diamond. At Altin Jewellers, we find that moissanite is a very easy gem to sell for a variety of reasons:

For a start, moissanite is considerably less expensive than diamond. We find that more and more younger couples opt to spend their money on other priorities, rather than on an overly expensive engagement ring. Similarly, a person can get a stunning, flashy ring with an over-sized gem, something that would not be an option for most people if they had to pay for a diamond that size.

Moissanite measures 9.25 to 9.5 on Mohs’ scale, meaning it is only slightly softer than diamond which measures 10. This means that moissanite will not scratch or break when worn, promising a gem that will stay in a good condition even after years of being worn.

At Altin Jewellers we sell moissanite produced by Charles & Colvard. One very attractive reason for dealing with Charles and Colvard is their Limited Warranty. If there were any changes in your moissanite’s clarity, colour or brilliance, or if you notice scratches or breaks not caused by accident or neglect on your part, they will replace your gem. The warranty shows Charles and Colvard’ confidence in the material and workmanship of their product.  Natural diamonds definitely do not come with guarantees like this… Diamonds are cut to maximize the weight of the gem from the rough crystal; the heavier the gem, the more carat weight to pay for. A diamond cutter also has to work with inclusions and other imperfections that occur naturally in rough diamond crystals. He may manipulate the cut of the diamond to place an inclusion in the gem where it has the least impact on its overall appearance, or he may choose to remove heavily included parts completely, resulting in a much smaller diamond. Moissanite is grown without inclusions and are therefore always perfectly cut and perfectly clear.

Moissanite is also colourless or nearly colourless. Moissanite tended to be yellowish when they were first made, but technology has improved to the point where Charles and Colvard’ Forever One moissanite compares to a colourless diamond on the D E F colour scale.

Furthermore, moissanite has a slightly higher refractive index than diamond (2.65 vs diamond’s 2.42) and a much higher fire dispersion (0.104 vs diamond’s 0.044). Moissanite will appear more brilliant with more colour flashes; a bit more ‘sparkly’.

The world and its people

Modern consumers of jewellery are increasingly informed about the products they buy. The impact of mining on the environment and the fact that many gems are still mined under terrible working conditions or in conflict areas make many natural gems an unattractive option for enlightened consumers.

Lastly, consumers seem to be increasingly unsentimental about the materials from which their jewellery are made. Consumers’ focus seem to have shifted towards the quality of the product and the quality of design or the “look”. The emotional or perceived value of “precious” materials becomes less important compared to whether one knows how to accessorize with jewellery to create your own personal style.

Considering all of the above, I definitely believe there is a place for moissanite in fine jewellery. And, in this brave new world of creativity and innovation, who knows what will be available for designers to work with in future…

Some of the links above are affiliate links. This means that, at no extra cost to you, Fetter-and-Three may earn commission if you click on a link and make a purchase.